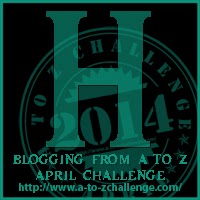 A hyperbole is an exaggeration used to emphasize a point.

In the tentatively titled,  I Am, Have Been, and Will Be Alice, Alice is depressed and has taken to her bed for comfort when her mother comes into the room:

She digs my head out from under the blankets, brushes my hair from my forehead and brings her cool lips to them. “You’re cool as a cucumber,” she says for about the millionth time in my lifetime.

The hyperbole in this excerpt is Alice insisting her mother has used this phrase about a million times over the past 14 or so years. While it’s theoretically possible for someone to achieve this goal, it’s not very likely, which is what makes it a hyperbole.

When Suzanne leans over Palmer during a sarcophagus examination in The Mummy Wore Combat Boots, he says,

As she spoke I was enveloped in a haze of her perfume. Her scent was sweet and distantly floral.  It brought back a slew of memories—not all of them disagreeable—in a dizzying flood.

While Palmer’s memories make him neither physically dizzy, and his memories would not carry the same force as a flooding tsunami, I’m sure it would feel as if they did to poor Palmer who can’t escape Suzanne’s unwanted advances in such close quarters.

Do you use hyperbole in either speech or writing? Which ones do you use most often? Which ones have you written that you’re most proud of? Whatever they are, share them in the comments below.