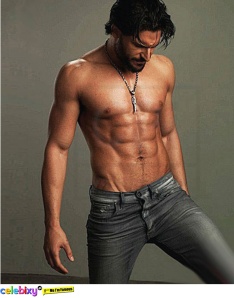 First you killed off Tara, whom, along with Lafayette and Jason provided much valued comic relief. It was bad enough you made her into a vampire. Then, just when we were getting used to the idea you kill her again, for real. Tara had it all: a strong female character who was smart, tough, beautiful, black and gay! We didn’t believe it at first. We thought that maybe it was a hallucination, or a dream, that the scene would change and Tara would still be engaging in hand-to-hand combat with a rabid vamp, but no. Tara had finally met her true death.

Maxine Fortenberry had to die, I get that. Since Hoyt left, she really didn’t have much of a role. Now Mrs. Fortenberry is free to take up permanent residence at her country home in Chester’s Mill. Good for her. But why Alcide?

You lulled us into a false sense of security. Sookie was in danger in spite of Vampire Bill’s protection, then came Sam, Alcide, Andy, Jason and the cavalry. Who could predict that when the smoke cleared there would be one random hillbilly (Joe Manganiello’s word, not mine) left to shoot Alcide. And in the head of all places!

I’m sorry, Mr. Ball, but when you killed off my beloved Alcide, you crossed a line. Why Alcide? Why not some of the more annoying characters, like Sookie or Bill?  My friends and I draw another line at Lafayette and Sam. Most of them draw the thickest line you could ever imagine at Eric.

I understand that the show began with Sookie alone until she met Bill and that it would be a neat full circle if it ended the same way, and that the show had to end at some point, but why must it end in letting the blood of our most cherished characters?

I don’t know what you have planned for the rest of the season, but you must stop the insanity! I don’t care what you have to do–re-write, re-film, re-contract–but whatever you do, no more killing off the main characters!

Elise and her “True Blood” buddies