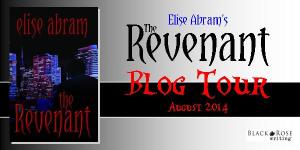 The “Meet My Main Character Blog Tour” is a real thing. While I admit I was not tagged in the tour, I’m crashing the party. I discovered the tour on Eden Baylee’s Website, so I’ll pretend she tagged me in the tour.

To participate I have to answer seven questions about a main character from one of my novels, then I nominate five other authors to answer the same questions. Instead, I’m tagging all Black Rose authors to participate. Post the link to your blog tour post here or on Facebook so we can introduce each other to our main characters.

[Tweet “Zulu the Revenant revealed in the Meet My Main Character Blog Tour #YA #paranormal #book.”]

Here’s a link to Eden’s blog where I found the idea for doing this. Eden is currently promoting her novel, Stranger at Sunset on her site, a mystery/thriller from a number of viewpoints.

1. Tell us a little about this main character. Is he fictional or a historic person?

Zulu the Revenant, aka Janke Dappleford, is the fictional protagonist of my YA paranormal novel, The Revenant.

2. When and where is the story set?

The story takes place mostly in Toronto, Ontario, Canada in the present with flashbacks to the late 1800s in order to explain the origin stories of characters Zulu, Morgan the Seer and his brother, Malchus the Necromancer.

3. What should we know about him?

Zulu is a hopeless romantic who was killed when thrown from his horse on his way to elope with his girlfriend, Alma. He was buried and resurrected the next day, doomed to live forever as a revenant. He was trained in combat by Morgan the Seer so Zulu could use his powers–speed, strength and hearing–to help the people in Morgan’s premonitions.

4. What is the main conflict? What messes up his life?

Malchus, Morgan’s brother, manages to come back from the dead when a group of kids opens a portal with a Ouija board. Malchus believes Morgan responsible for his death and is out to seek revenge. Though still alive, Morgan has aged considerably over the past century and is no match for Malchus, currently in possession of a teenage body. Zulu intervenes to save  the Seer who has become a sort of father figure to him.

5. What is his personal goal?

His goal is to eliminate Malchus and emerge unscathed. Zulu and Morgan join forces with Kat the Empath and Father Paul along the way. The four of them form a sort of “Scooby Gang” out to slay Malchus and his zombie minions, while keeping themselves intact.

6. What are the titles of your novels, and where can we read more about them?

The Revenant is my latest novel. I have three other novels currently published, all of them featuring archaeologist Molly McBride and her husband Palmer Richardson, calledPhase Shift, The Mummy Wore Combat Boots and Throwaway Child. Read more about my books at eliseabram.com/book-table.

7. When can we expect your next book to be published?

I hope to have my fifth novel, ready for publication by the end of 2014. I Was, Am, Will Be Alice is a YA science fiction novel involving time travel. I started out writing a YA version ofThe Time Traveler’s Wife after getting the idea from an agent posting on the Writer’s Digest website. As I wrote, I began to incorporate ideas from Alice in Wonderland as well. Here’s the logline for the novel: after narrowly escaping death in a school shooting, 9 year old Alice Carroll realizes she can time travel when under extreme stress, a situation she is determined to learn to control in order to go back to that day and save the lives of her teacher and classmates and discover the identity of the woman who sacrificed her life so Alice could live.

Heddy is Sad is an excellent book for educating children, youth, parents, friends, and caregivers how to recognize when someone is suffering with depression and how to support a loved one in need.

All too often, we focus on the negatives that come with a diagnosis of ADHD. It’s time that changed, and we begin to focus on the positives. Harry has a lot of Energy is an amazing book for helping children, youth, parents, and caregivers who have first-hand experience with ADHD to see the positives to this unique condition.

All too often, we focus on the negatives that come with a diagnosis of ADHD. It’s time that changed, and we begin to focus on the positives. Harry has a lot of Energy is an amazing book for helping children, youth, parents, and caregivers who have first-hand experience with ADHD to see the positives to this unique condition.

Available at Amazon (paperback and eBook).

Reading a book in and of itself is a great way to stay occupied, but Luna has Nothing to do will spark your child’s imagination, suggesting wonderfully fun ideas he or she can do to stave off boredom while staying inside.

Available at Amazon (paperback and eBook).